Visa is acquiring American fintech firm Plaid in a deal worth $5.3bn in what represents one of the largest acquisitions in the space to date.

Plaid, which bills itself as “the technology layer for financial services”, helps companies like Venmo, Robinhood, Coinbase, LendingClub and Betterment connect to consumers’ bank accounts for a variety of purposes. For example, lenders and personal finance apps can use Plaid to programmatically retrieve their users’ financial information from their bank, credit card and investment accounts.

End users provide their login credentials for their accounts and Plaid uses them to retrieve the data associated with those accounts.

Without Plaid, fintechs wanting to connect with their users’ accounts would need to integrate with almost every financial institution. With thousands upon thousands of financial institutions, most of which do not provide direct access via an API, this would be virtually impossible. As a result, many fintech apps either wouldn’t exist or be anywhere near as successful because they would not be able to offer the kind of low-friction user experience that consumers want.

Plaid does the heavy lifting to create and maintain integrations with financial institutions, including through scraping where necessary, and as a result of its extensive coverage, the company is used by 80% of the largest US fintech apps. Visa says a quarter of American consumers with a bank account have used a service that employs Plaid’s technology and that figure hints at the reasons the world’s largest payment network is buying the fintech startup for twice what it was valued at in its previous funding round.

Visa also believes that Plaid will expand its addressable market by allowing it to provide high-value services to fintechs. For example, according to Visa, the total addressable market for Plaid’s services in the lending market is approximately $1bn but it has captured just 2% of that to date. Other markets, including consumer payments, banking and investing, and financial management, also represent ten-figure opportunities.

Additionally, Visa thinks it can help Plaid grow outside of the US, where it says there are 15 times more fintech users.

With that in mind, it’s worth noting that Plaid last year entered the UK, its first market outside the US. Unlike the US, the UK has Open Banking regulation that requires regulated banks to let their customers share their financial data with authorized third-party providers through APIs. That makes it much easier for Plaid to operate in the UK and at launch, the upstart boasted integrations with eight banks home to over two-thirds of the current accounts in the country.

In the US, Plaid’s integrations with more than 11,000 financial institutions aren’t so easy to maintain. In fact, just recently, PNC, one of the ten largest banks in the US, temporarily shut off access to Plaid in a security spat.

With Visa’s weight behind it, Plaid could find that its fortunes only improve as the payments giant obviously has a greater ability to push for Open Banking regulation in the US or exert direct influence on financial institutions.

Whatever approach it takes, the $5.3bn deal for Plaid not only provides validation for fintech, it also suggests that in the end, the most successful fintechs are more likely to end up in the hands of entrenched financial powerhouses than the other way around. 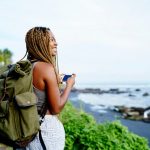 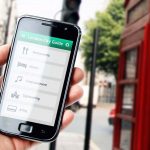