When it comes to advertising, it is said that ‘experience is golden’ and this is why you never want to forget to use good ol’ traditional tactics such as Above The Line Advertising (ATL)

Digital is all around us and we need digital strategies to stay relevant, however  in order to have more solid campaigns, the idea is to find the just the right balance with traditional advertising strategies.

By the way, what exactly is ATL?

In the advertising world, two types have stood out over the years; and these are BTL (below the line) and ATL (above the line) advertising and of late, a newer version, known as (Through the line) (TTL.

Let’s just unpack what all these entail

1. Above The Line advertising is where brands promote to the mass media to reach out to their target audience and focused on brand awareness. This includes TV advertising, Radio advertising, Billboard advertising and Press advertising e.t.c.

Radio advertising is still one of the most cost effective forms for media but how the campaign is planned and executed needs years of successful experience.

This tactic however, is a newer type of strategy that seeks to blur the boundary between the other two or mixes the best of both.

The underlying school of thought is that both above and below tactics should be trusted to push brands depending on what clients want – whether it’s penetrating the mass market (large audience) for the former or targeted market (small audience) for the latter.

The biggest advantage ATL affords is that these media platforms tend to appeal more to brands by offering a way more massive reach and traditional channels are generally much more trusted than digital channels. Though this type of advertising maybe be seen as rather costly, which is quite understandable considering the tools used to carry the messages, the fact is that with the wider reach comes greater brand awareness.

So, while a business has to plan to set aside considerable budget to use billboards, television, newspapers, magazines, and radio, but more often than not the Return On Investment is also considerably higher.

Traditional adverts also tend to have a more lasting effect on audiences in the long run. Most likely that question immediately think of some catchy/amusing/useful advert you’ve heard or seen in the past. Studies have been conducted to prove that people’s most impressionable memory’s of product adverts were of a TV or Radio advert.

Some more major benefits of above the line advertising:
• Awareness – it is mostly recommended to enhance product awareness on a massive level and has an imposing sway on product recognition by consumers. In the marketing communications world, it’s rare for companies not to use this form of advertising campaign to succeed in building a famous brand.
• Attention – Using the mix of voice and picture used, the attention-drawing value is enhanced to a class that is not attainable when using other methods of marketing. This is attributable to the fact that voice and picture command consumer responsiveness.
• Reach-In comparison, there is no known method of marketing more powerful in getting across to a large audience than above the line advertising. It is known and proven that companies that deploy ATL tend to get the best ROI.

Noticed one thing all these nostalgic adverts have in common? That’s right, they are ALL above the line ads!

The benefits of this type of advertising far outweigh the disadvantages, mainly due to that it reaches a much bigger target market and has all the potential to enhance emotions and product responsiveness whether they are audio-visual or simply your large billboard on the highway.

So we’ve established that employing a wide range of mass media platforms, that are guaranteed to reach out to mass audiences is best for any brand. The effectiveness of a message, goals, and how much money is available for the campaign are the three things that usually determine any strategy’s accomplishment.

Further unpacking above the line advertising
There are several methods used to determine the success of any advertising campaign and normally ATL is recommended for brands that are looking to have mass appeal but are wary that targeting the product to a specific audience can be challenging.

Take for example a product like toothpaste which is mostly used by almost everyone out there but each tube cannot be sold at an expensive price. As a mass audience product its success requires wide and extensive reach to make sure the highest number of potential users hear about it and purchase it.

The toothpaste needs to be advertised mainly on mass media platforms such as:
• Television
• Radio
• Newspapers/print
• Billboards

The above media strategy give toothpaste companies the best opportunity to reach as many people as possible and amplifying the probability of turning these into potential buyers of the toothpaste product.

Audiences are also likely to remember the toothpaste and become repeat buyers from the mass media used – usually repeated over a while or through two or more media platforms – radio and TV or radio / TV and Billboard.

Despite the challenges and the fact that some marketers still argue over which is best between ATL and BTL, the former is still favoured by most marketers for its ability to utilize traditional media’s BIG FOUR – TV, print, radio, billboards to give brands extensive visibility far better than BTL.

So how can you know which advert type works for your brand?

In an ideal marketing solutions agency, like CreativeMagic, clients’ are handled by experienced PR and marketing professionals. Briefs and requirements are expertly analyzed before a strategy is adopted that outlines why a particular campaign needs to go the ATL route, instead of either BTL or TTL.

Our advertising team knows all too well what this takes and we have successfully launched brands into the ears of millions whilst creating compelling stories along the way.

Take your brand to the next level by using above the tried and tested techniques that still does deliver the goods. It’s not really a matter of choosing between digital and traditional, you just have know how you how to merge the 2 worlds.

Let us help you get started Talk to an expert today.

A Zimbabwean born journalist and public relations consultant who, for the past 10 years, has been a resident of South Africa. He writes on arts, entertainment, media, lifestyle, aviation, travel and tourism. Martin is a PR Manager and blog writer for CreativeMagic Group. 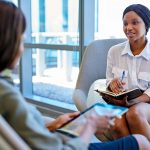 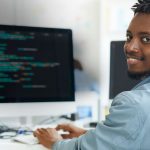