Brands Must Adapt to New Advertising Language to Attract Audiences

No industry has been better able to adapt over the years than advertising. In fact, its origin dates back to ancient times, where it first appeared in the form of large murals that publicised political and gladiatorial events. In the Middle Ages, advertising can be seen in the form of town criers announcing the king or queen’s orders to the people. Yes, this counts as advertising!

The sector has grown exponentially in recent years due to technological developments. It has managed to reinvent itself and has extended its reach to all corners of our society. But today, advertisers face a new difficulty that lies in the monopoly of digital and the giants of this sphere.

At the same time, brands must face another reality: consumers disconnect the second they sense a brand communication is advertising, and it is increasingly difficult to justify the profitability of advertising campaigns. A study conducted by GlobalWebIndex (GWI) and World Advertising Research Center (WARC) shows that 32% of respondents consider the ads they encounter “excessive”; for 31% they were “annoying,” and 27%, found them “intrusive”.

According to Eva Martín, CEO and co-founder of Tiendeo, the digital marketing platform for retailers and consumer brands: “Though the advertising industry has often been attacked, it continues to be a primary activity for brands that must increasingly capitalize on their image to retain their customers. For an advertisement to be effective, it has to be based on a non-invasive strategy, strictly focused on the interests of the consumer to generate an emotional bond. This is achieved thanks to smart use of data and the hyper-segmentation of audiences. At Tiendeo, for example, we always work with highly qualified audiences.”

That is to say: advertising is not dead, it just needs to reinvent itself. New forms of advertising are emerging that focus more and more on what is essential: the brand. The popularization of content marketing is an example of this, which consists of creating your own content to generate coverage, reach and engagement. New platforms have appeared that boost results of digital marketing campaigns and allow wider audience reach.

The new language of ads

With the arrival of TikTok, brands made an effort to understand the new language of this platform to connect with their users and demonstrate that they are up to date with the latest trends. Thus, they embarked on the creation of more subtle “tiktokized” ads that break with the traditional model to attract a new audience that has learned to avoid advertising. For example, this Coca-Cola ad makes reference to the videos that go viral on TikTok to subtly influence a young audience.

Other platforms like Twitch have emerged victorious from the pandemic and with increased popularity. Twitch is one of the emerging livestreaming platforms that has most demonstrated its potential for advertising in recent months. According to official statistics, Twitch achieved a record number of viewers in January 2021, with more than 6.5 million, overshadowing traditional mass media.

More and more brands are attracted to this social network due to it being live and long-form, making it closer to the medium of television, which allows for very good results. It is the perfect bridge between online and traditional channels that allows sponsoring brands to confirm their positioning and reach new audiences in a different way. Brands are committed to this type of sponsorship or collaboration (in running competitions, unboxings, or live product testing) because it allows them to link their brand image with their values.

On the other hand, influencer marketing continues to be a fundamental part of brand strategies. According to a study by Influencer Marketing Hub, 63% of companies intend to increase their budget for Influencer Marketing next year. Despite the enormous risk involved in putting the image of a brand in the hands of influencers outside the company, this type of collaboration allows brands to link their products or services with a specific audience with real interactions that generate trust.

Thus we have seen how consumers are taking control of content with the rise of social networks, changing the balance of power with advertisers, and ushering in a new era focused on the future customer and their needs. 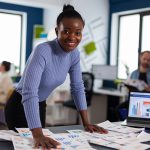 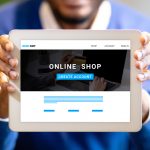 Here Is Why Your Brand Needs A Good Web Portal