The Clicks ad campaign which has caused so much controversy and repercussion across South Africa must be unpacked and better understood now more than ever before.

Read More on this and other Ad campaigns that got it wrong.

Now because this is more than 28 years after apartheid was dismantled, a time when one would expect white-owned advertising and marketing agencies, be seen to be demonstrating an unquestionable understanding of the race narrative and how it’s bungling can be far-reaching, and therefore needs to be avoided at all costs.

We all know that racism is a societal and institutionalized problem, hence it’ refusing to be done away with in South Africa, calling for broad and sustained efforts as well as the will on individuals and organizations to unite in fighting it at all costs.

In a modern South Africa, its disturbing and anti-progressive to see some white-owned brands entrenching supremacy by circulating wealth around their kith and kin, that are yet to fully grasp the repercussions of entrenched racism, favouring awarding lucrative ad campaigns to white-controlled or owned ad agencies and a white elitist system that subtly discourages sharing of the economic cake with black-owned ad agencies, perhaps for fear that they become wealthy and powerful.

In a country that may never recover from the deep scars of apartheid, and also, where marketing businesses should stay clear from unforeseen storms, it’s bemusing to see some white-controlled ad agencies still being vestiges of apartheid. That they still view employing blacks at the management level with contempt. They are unaware of the fact that by including blacks in their management ranks, they stand a high probability to pick up race delicate content and nip it in the bud.

The lesson learned from the ongoing debacle arising from the Clicks ad campaign is that from now onwards ad agencies should task their teams with the role of reviewing content. This process ensures thorough checking for any sensitive materials in the final product. This approach is most effective when done at every stage of creative and content development.

It’s also time for ad agencies in South Africa to start employing people of colour in their creative management teams. So they can understand how to execute campaigns aimed at the black community.

A sensitive minded team of creatives should, wherever they have an ad campaign targeted at the black community, anticipate likely scenarios of passing certain content as permissible. This is normally the purpose of brainstorming sessions.

As we strive to create a racism free socio-economic environment, let’s all try to avoid gaffes that in the eyes of the public may be deemed otherwise.

Where red flags are hinted, as it happened with a non-executive director at Clicks who reportedly, recently asked how the business was communicating with its black community target audience, may be indicative of white-dominated businesses turning a blind eye to issues that affect the black community.

While corporates engage crisis PR experts in these kinds of situations, the market will, for a long time, live with a negative impact.

In most cases, the damage is usually too deep to undo.

Trade secrets and tips to speed up your sales cycle with Email Marketing Services!
All Posts 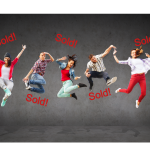 What Pay Per Click Service Advertising can do for your SALES