With various voices emerging in support of Africa Month, I felt obliged to add with a critical issue that is slowing down the growth of our continent from “…regaining its rightful place in the world”.

Quite appropriate in a month dedicated to African values, identity, well-being, among other issues consequently important to Africans whether consciously or unconsciously. Africa is a vast land of many values, beliefs, and systems, yet we have to conclude that we have similarities that draw us together and compel us to defend our identity against any ‘foreign’ elements that tend to erode what we stand for as Africans.

I believe black owned agencies can help to demystify white ‘myth’ by taking charge of telling the African story through campaigns they execute for clients and are in the best position to celebrate our Africaness as black people/race. We shouldn’t just copy all our concepts from the West and paste them for African consumption.

One typical example of white myth is in its symbolization through entrenched association of white models with luxury brands such as top of the range vehicles, watches, jets, jewelry, perfumes, just to name a few. Very rarely do you see these associated with black models; the thinking behind being that black models are inferior to command the persuasive impact that can be generated by white models.

Still, I ask myself, whether black owned agencies or media are aiding the perpetuation of white ‘myth’ or helping to entrench it in our lives? What needs to be done to avoid this depressing trend and stereotypes that depict the black race as inferior? Are we aware of the impact of the trend in our lives, now and into the future? Who is to blame for the perpetuation of the white myth and why? By perpetuating the white myth, who is losing out between Blacks and Whites and why?

What are the roles of black owned agencies / decision makers in top ad agencies? As a black agency owner, the aspirations I have to see ourselves scaled, pound for pound, against white symbolism and identity are enormous. My values increase when I see my fellow black owned agencies / media houses uplifting ourselves by embracing our own and I rejoice in seeing our own identities advancing and receiving equal respect among both my race and others. It gives me a sense of pride, belonging, self-worth, and recognition of worth in a world where people of colour matter now more than ever.

But how do we get to convince our fellow black owned ad agencies or black managed media houses  to understand the importance of using our possessions to demystify white ‘myth’ and position ourselves within a realm consistent with the recognition, I and others, that share my thoughts want?

I’m particularly unapologetic on the need to unite around the call to protect our identity, and why creativity that is conscious of black power is so important to Africans, in and outside the continent. Embracing our confidence in creativity through the use of our continent’s motifs, ancient signs, shapes, and forms, and doing away with the mentality of ‘anything white is better’ is central to demystifying white ‘myth’.

I believe that the true standard of black creativity is when our work is accepted and symbols are at par with those on the other side of the race when it can have an impact and meaning to us and future African generations, all for a better world characterized with equal existence.

Let’s, in this Africa Month, take time for introspection and reflection in everything about our ‘Africaness’, at least for those who truly are proud of their identity? Being proud of one’s identity means expressing oneself in your beliefs and practices, not copied from somewhere.

Our introspection must ask what we have done for Africa in the past, what we are doing in the present, and what we will continue to do while reflecting on what we have lost and gained so far.

History has many lessons that tell us how far we have come to accept white myth and helped it to scale up against our own stories and identities. Back then we were powerless, at least in the sense of standing toe to toe with our ‘masters’, now we have the means of technology to leverage and take our identity to the next level. We are also enlightened in terms of what we want African identity to be advanced.

We need to start declaring the heroism of our fallen and living legends, the likes of our great artists, political leaders, sportsmen and women, and so forth. Until we embrace that the remarkable stories of our icons are just as meaningful to us as the whites’ own, the struggle to affirm our identity is a pipe dream. As it has been said before, over and over, African creatives need to help in telling our own stories, glorify them the way we want.

Role of the Media

How has the media helped to entrench the selling of white ‘myth” in Africa?

In the struggle for black owned agencies or media to understand the need to understand the dangers of perpetuating the white myth and be able to stop elevating it, it is important to examine the role of media based in Africa. Media owners on the continent are largely white-owned and are better prepared to advance white beliefs and standards. They have the purse and power to control how black owned ad agencies or media should help them to portray their story in a greater, positive light.

Of course, a few black-owned media houses keep emerging in Africa, but how effective or powerful are they in telling or championing the debunking of the white myth? Not that much, as the international media houses and even those homegrown but still white-owned ones, maintains their interests of advancing the white supremacy narrative.

Just as we had left behind but not ‘forgotten’ the effects of the Clicks and Tresseme adverts in 2020, early this year we were confronted by another controversy of the Doom advert. This drives home our call and illustrates the need for black targeted ads to be awarded to black owned agencies that are at an advantage to execute the briefs without controversy!

Ironically, our black brothers and sisters who now own media houses may not immediately see the need to undo the damage; they have been made to believe that white mentality is the only measure of humanity, therefore would take years to understand and undo the tragedy. The time has been long for the damage to be done away with sooner! Based on this, it is clear that black ad agency owners have been made to believe that whiteness is king.

Sadly, as a result, black creatives overlook the beauty and power in our images, stories, personalities, heroes and heroines, symbols, cultures, and languages. We have, for long, been fed the narrative that our colour is evil and self-belief in our race can’t champion our destiny. In many ways, we feel we are inferior or low-class citizens or uncivilized!

By perpetuating the white myth, it is us blacks that are losing out, as our identity loses value and our future generations are left with nothing to look up to.

In summary, I am of the view that there must be more black owned agencies championing African story-telling through getting awarded all brands that need to talk to the black community simply because we best understand that market. 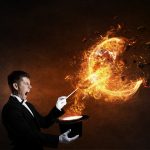 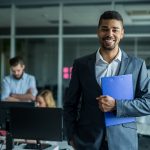 Brands Must Adapt to New Advertising Language to Attract Audiences